The incredible history of slot machines 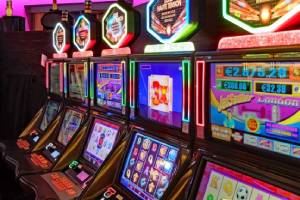 Slots have undergone a rather curious evolution over time since their inception in the online casino world, which makes them quite interesting and rich in history. Today many websites highlight that since their invention, around 1887 and 1895, this game has become a very popular one. it is still disputed the exact date of creation, Charles Fey created the first slot machine in San Francisco, California, United States. In the beginning, the slot machines were called “one-armed bandits”, and they stood out as one of the first automatic machines for entertainment, although in general they had a simple mechanism.

At the time of the invention of the first slot machine, the payment automation system was quite complex, since the more possible combinations to win and claim the prize existed, the greater the work of the autonomous mechanism had to be to distribute the winnings. , because it would have to take into account several variables. But Charles Fey solved this problem by minimizing the chances of victory, which he achieved by devising a machine with 3 moving wheels containing 5 symbols drawn. In online casinos, both the latest in jackpot slots on the market, as well as up-to-date free slots, feature this system.

Among the most enigmatic symbols were some golden bells, which were called “bells of freedom”, and with these the maximum prize within the game was achieved. For this reason, the automatic machines were called “Liberty Bell”it was only a matter of time before the “Liberty Bell” or slot machines began to gain popularity among gamblers in the country and then made their leap to the World Fame. Almost at the same time, roulette wheels and slot machines started the automated gambling market, revolutionizing the industry and opening the way to new modalities.

Slots then vs slots now

The slot machines created by Charles Fey begin to be industrialized by large factories and corporations that saw the great potential that they had in the market. And that is how the slot machines came to bowling alleys, barber shops, brothels, and many places where people frequented.

Shortly after, due to the strong policies that sanctioned gambling in the United States, the slot machines could not reward their players with money, so it was decided to reward the winners with beers, cigars, food, drinks, candy or chewing gum; hence the slot machines have these striking symbols, for example: the classic symbol used in the casino niche “BAR”, which is the logo of the gum company “Bell-fruit Gum Company”. In this way we also find other symbols such as fruits, which are still used as figures today in casinos. These were used to represent the flavor of the marking rubber, so when the player won on one of these symbols, they had to claim the flavor that came out the winner.

In 1963 the first great evolution in the history of slot machines took place, and that is that the developer Bally Technologies invented the first slot machine with electromechanical technology, named by the company “Money Honey”. With the great success of this fun machine, adding the high degree of automation and the ability to distribute the winnings autonomously, it contributed to the growth of slot machines throughout the United States, and their expansion throughout the world, taking them to large casinos world-renowned alongside games such as roulette. And it is that the North American country is always open to the latest technological developments regarding games and entertainment on the market.